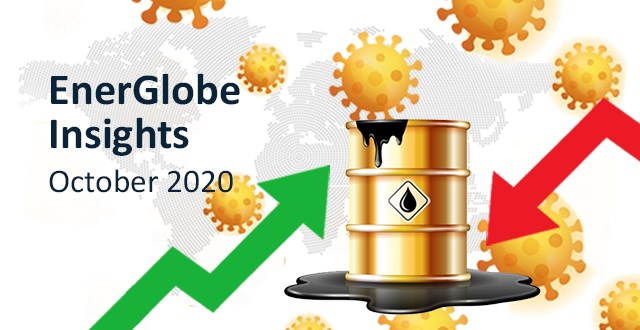 One of the major impacts of all developments in global oil and gas markets is going to be on Russia which heavily depends on export of energy resources to EU and other countries to generate significant foreign exchange revenues. This is also essential for sustaining the Russian economy post the US Sanctions. This is corroborated by the Energy exports which accounted for 62 per cent of total exports in 2019.  The sustained production cut and its economic impact along with the slump in demand from their main markets like EU will put a severe strain on Russia’s financial position. This has been one of the reasons why Russia has expressed its keenness for a stronger collaboration with India. Russia is already re-strategizing its energy relations with European countries and looking to broad base the strategy.

US, which was emerging as a major shale power and the third largest exporter of LNG in 2019, is also not immune to crisis and is facing one of the toughest times in global oil and gas markets. Many shale companies are facing bankruptcy or have already filed for bankruptcy. The slowdown in oil and gas sector has also aggravated the country’s unemployment rate which can potentially impact the election prospects of the current President. Lack of demand and overflowing of storage is also impacting the market enormously. The greatest challenge US is facing is that their largest MNCs like Exxon Mobil, Conoco Phillips, Schlumberger and Halliburton have lost in excess of USD 600 million to USD 1 Billion during the first quarter of 2020 and their woes have continued in the second quarter as well. Even these strong global companies depend on US government to bail them out and one can then see the plight of the medium and small companies in this sector.

Where is the Global Energy Sector Headed?

In the context of the above developments, there is growing uncertainty. How will this COVID19 pandemic impact the global energy future? All the countries have focused their resources on addressing the immediate challenges during the last six months of the pandemic in order to bring down the number of people affected by COVID19 and the deaths.  All the focus and investments so far has been on developing the vaccines, building the hospital facilities, in diagnostics and therapeutics. There are still several unknowns. There are already symptoms of distinct behavioral changes. Globally, more than USD 10 Trillion has been lost by countries due to lockdown with deep recession staring at many countries. There is no clarity in strategy – will there be collaborative approach, or will countries look inward and look at building self-reliance. It is also widely reported that rest of 2020 and 2021 are going to be the worst affected years for global economies and thereafter the recovery might take another 2 years. Here we are talking about 2024. It is such a long stretch of time – 4 years – wherein prediction becomes very difficult. With such long period for recovery coupled with deeper recession of countries, we might see a further fall of some of the countries and therefore it would be very naive to expect that the world will return to the pre-pandemic era. However, renewed emphasis on self-reliance and new country collaborations are going to be there. But a changing agenda will also impact the trust equations between countries. Obvious in the milieu is the role and importance of China and their reactionary approaches. No country is going to base its strategy depending on only one strong partner country.

Several questions face the governments of various countries -Return to old way of functioning through collaboration vs Developing an inwardly focused agenda for self-reliance? Whether bilateral trust gives way to a more guarded inter-country relationship? Whether there will an effective vaccine to solve the pandemic permanently or governments will expect people to bring about change in behavior through an organized way of living? How will governments plan their investments in healthcare and preparedness if the pandemic persists or any other unexpected future outbreaks? In the context of these developments, the energy sector will face similar questions which will pertain to energy collaborations between companies and countries, energy portfolio, climate change agenda, self-reliance and energy efficiency and employment – all these parameters will have to undergo a change and there is going to be a new normal scenario.

Multiple studies including the one by IEA has discussed the wider ramifications of the pandemic. There is definite impact – in a positive way – on climatic conditions. The CO2 emissions are reported to have fallen by almost 7 - 8 per cent in the first half of 2020 but revival of world economy is causing a reversal of trends. There is also a prediction that there is a going to be a slowdown in the energy sector – which is expected to result in gradual reduction in use of fossil fuel-based energy and transition towards renewable energy. Though energy transition is an important development in the last couple of years in the western world, it is going to be expedited going forward from 2021 onwards. Solar, Wind, Hydro, Nuclear and fossil energy – natural gas is going to expand its share in the energy portfolio and countries are already preparing themselves.

In the current scenario, what is happening is, many of the companies are struggling to survive even as the global energy demand is starting to recover. Oil prices have also begun to recover. Though one may talk about supply glut in the short run and storage getting filled up, many shale companies in US may fall apart. Many other smaller producers are struggling to avoid bankruptcy. Many LNG FIDs – already approved or planned for 2020 and 2021 may not see the light of the day or may get delayed beyond 2022. The longer the recovery time, greater is the possibility of companies falling apart. The slow recovery will only be an advantage for the big global MNCs and many of the loss making and poorly financed companies will be left behind.

In short, global energy markets are moving towards major structural changes that can manifest in the following ways:

At the same time, an alternate scenario can emerge.  The developments in global economy can be more challenging than the above described progressive optimism. In these circumstances, the pandemic will continue to create uncertain scenarios especially with country level differences in tackling corona pandemic and therefore might prevent seamless collaborations like before.  Also, the vaccines developed in US or UK or China or Russia could be used more for internal population first rather than for other countries. This could be a challenging scenario.