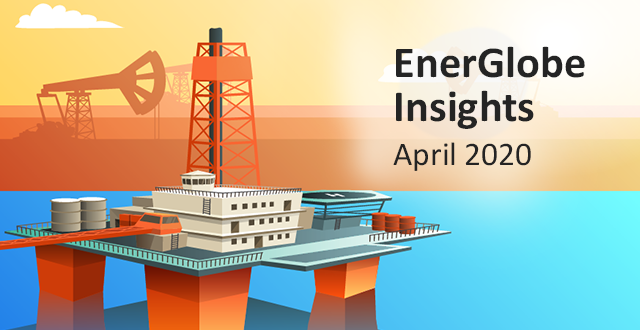 During March 2020, an all-out war broke out between two oil-producing giants, Russia and Saudi Arabia which rocked the global markets when OPEC+ failed in their negotiations to cut production, it deepened the crisis already exacerbated by the COVID 19 impact across the world. It was widely reported that Russia did not agree to the cuts, with the strategic intention to drive prices down, gain market share and get the US Shale oil industry off the track. In response, Saudi Arabia responded with a call to step up their oil production to more than 10 million BBL/day in April and enter into a direct price war with Russia and others. The resultant price fall in oil markets was one of the most unprecedented happenings in recent decades since the Gulf war. With none of the countries in a position to face the economic backlash triggered by the meteoric price fall of oil below USD 30 /BBL,  it was not unexpected that the OPEC+ would come back to the negotiation table and rework their strategy, which they did. On the other side of the world, US shale oil and gas industry was reeling under low prices of oil with many shale companies staring at bankruptcy. Supply-side is only one side of the story. Two more things happened which is going to pose a major challenge in the coming weeks – demand slump across the world and the consequent storage crisis that is looming large.

A quick recap of what has happened in the past weeks:

Where are oil markets headed?

International Energy Agency in its report of April 2020, has forecasted that global oil demand may fall by a record 9.3 million BBL/day year-on-year in 2020 and further that the demand in April 2020 is estimated to be 29 million BBL/day lesser than the figure a year ago, down to a level last seen in 1995. The overall scenario today and during the current quarter is: Production is being cut down, demand is falling faster than production cuts and the storages are filling up. Markets have to be prepared for further pressure on oil prices and it may swing below USD 20 / BBL. At this juncture, the focus of the countries is already on and will have to be the following:

Any analysis and predictions done today are always subject to the assumption on how quickly the world and India would recover from the impact of corona pandemic. The longer the continuance of lockdowns, the longer will be the time to recover. Yet it would be better to stay optimistic and expect a reversal of trends from the later-half of June onwards.  On this note, let us look at a broad overview of how the Indian economy is going to be impacted in the coming months.

The COVID Pandemic has exposed the preparedness of many of the developed and developing nations. India is standing tall against this outbreak and has put its best foot forward in terms of timely and decisive actions. Forecast and expectations in the foregoing analysis and by other expert agencies are always based on the assumption of recovery beginning to take place from May onwards. Any delay and continuance of lockdown situations, which vary across countries, would not only delay the commencement of recovery but also expand the time taken for substantial recovery to happen.