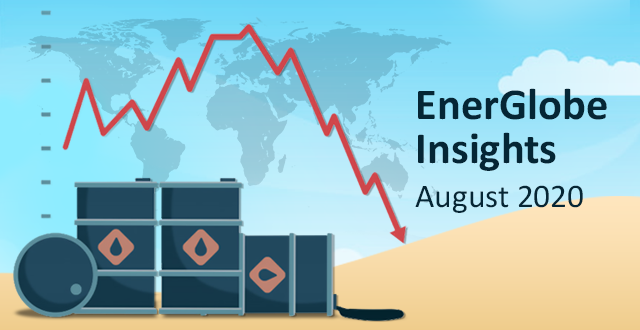 OPEC + is going through some tough times with their decisions to cut production facing some opposition internally before the decisions are taken and once decision is taken to cut production, it seems to have no major impact on the oil prices which are currently influenced by lack of demand and over supply scenario. Yet, in their meeting on June 6, 2020, OPEC+ unanimously agreed to extend production cuts of approximately 10 million barrels per day through the end of July and further plans for rest of the year. This decision brought in some sense of relief for market players, given the significant uncertainty facing oil markets amidst the backdrop of a sustained period of global oil oversupply, COVID-19 related demand reduction and uncertainty in the global economy. The production cut extension also brings to focus the point that Saudi Arabia and Russia are committed to stabilizing oil markets and enforcing compliance within OPEC+ and enhances the market confidence.

The current unanimous decision is also due to the market developments in April – June Quarter wherein US Shale players were facing the worst crisis and even larger players were facing bankruptcy. With many of them seeking protection under Bankruptcy Code, the market scenario presented a different picture. So, strategically Saudi Arabia and Russia came together in unanimity and pulled together other allies also, so that a collective approach will be much better in thwarting USA which was making giant strides in the last couple of years. This was not the case in March 2020 when the market condition was uncertain as no one was able to assess the Covid situation and market was falling like nine pins. So, there was a big difference of opinion and approach between Saudi Arabia and Russia in March and the production cut talks initially failed but later restored reluctantly during the April 12 meeting. After seeing the market conditions in the last 3 months and the impact on US Oil companies, OPEC + is much more keen to come together unanimously and their June 6th meeting decision is the result of this.

At the same time, there is still opposition to continue the production cuts at the same level through July 2020. When the April cuts were done, the markets did respond positively and recovered from the lows of US $ 20 -25 / BBL to close to US$ 40 / BBL in the next two months. While some of the OPEC + countries were against the production cuts in April itself, they had to reluctantly agree. Again, during June meeting, when the production cuts at current levels were extended to July 2020, there was indeed opposition but with markets recovering in prices, Saudi Arabia and Russia were not keen to increase production which they considered as risky if prices fall again.

Comparison of April and June Decisions

After the June decision, still a dispute persists among OPEC+ members regarding compliance with the April deal which some of the countries have not fully complied with.  None of the countries who have not fully complied April – May cuts are willing to make up for the shortfall. Mexico declared that it was unwilling to participate in cuts from July and also encouraged other members to support them. It is in this context only, the June 6 decision was taken. In this meeting, one of the important decisions was to ensure continuous monitoring of compliance through a Joint Ministerial Committee which will meet every month. Any member who overproduced during May and June 2020 must compensate it with additional cuts in July – Sept quarter. Strategically, full compliance to these cuts and stabilizing the markets will help OPEC+ to counter US oil producers which is the ultimate aim of Russia.

How the short-term oil prices and the oil futures curve will behave in the next few months?  OPEC+ decisions are aimed at stability of market prices at current levels which will be a clear indication for market players to gain confidence so that the oil futures quotes are maintained at higher levels than current prices. The idea is to make the markets to show some strength.

Will there be spurt in oil demand across markets or in any specific regions since the Covid 19 related restrictions are being relaxed by various countries?

Since demand reversal is already seen in Asian region, OPEC+ is very careful not to take any drastic decision. Market experts believe that globally, there is going to be gradual increase in demand in the coming months but there may not be a spurt. Markets have to prepare for lower oil prices but OPEC+ will make all efforts to stabilize it above US$ 40 – 45 / bbl levels. This is a major challenge to countries like Mexico and African and South American nations though Saudi Arabia and  Russia will survive. These two nations are also keenly watching the sinking oil companies in US wherein almost all reports indicate that 50% of the US oil / shale companies will move towards bankruptcy if lower price levels persist. US government is also quite concerned about oil production fall and the ensuing job cuts. US is also keen that OPEC+ resorts to cuts and stabilizes the markets.

When would global oil storage stock which are overflowing currently, start diminishing?

Till December 2020, the oversupply situation is expected to continue. With demand slump across the global markets and the production cuts applied by OPEC+ and reducing production in US driven by company level financial crisis, the market players are looking for some kind of stability. 2021 will see some reversal but it is going to take another year or so for things to come to some semblance of normalcy. While production cuts and stoppage of drilling of oil wells are helping in bringing demand and supply closer to a balance, there are still huge stocks of oil in storage and on ships that could flood the market. A clearer picture will emerge after 6 months but the recovery will be slow as economies will struggle to come out of the crisis they have fallen into.

Will OPEC+ members sustain their businesses and comply with agreed production cuts planned till April 2022?

In the recent meeting in June, Saudi Arabia and Russia were very strong in their call for compliance and had emphasized the need for unity. Seeing the sinking oil industry in US, US Presidency had no option but to seek the OPEC+ members to prolong their cuts to stabilize the markets, in the wake of the upcoming US elections. In a way, Saudi Arabia and Russia are leveraging the situation and trying to call the shots. Countries like Mexico, Iraq, Kazakhstan, Nigeria, Brunei and South Sudan are the countries who were slow to implement cuts in the past months. Taking a long-term view, these countries have accepted the extension of cuts this time though Mexico raised a war flag. Both Saudi Arabia and Russia have pointed out that Mexico does not have a major influence as they are barely a net exporter these days. But the question of compliance till 2022 cannot be answered now, as no one is sure about the recovery from the pandemic and the economic crisis the countries are facing. While Mexico might not be able to destabilize the OPEC+ collaborative approach, countries like Iraq can impact the collaboration by non-compliance and they can also potentially influence others. That is one of the reasons why a strong Joint Monitoring Committee is established by OPEC+ to monitor the members’ actions with respect to the OPEC+ decisions.

Whether the alignment between Russia and Saudi Arabia will continue?

Given the strategic nature of OPEC+ collaboration, only collaborative approach will help. Since US oil industry is weakening already and there are concerns on election prospects, a unified approach is what is going to help both countries.